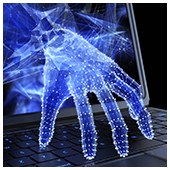 Facebook is the most popular platform for developing brand awareness because it allows businesses to target users based on what they have posted in the past. But after the recent data breach scandal, is your data still safe? Read on to find out if you need to worry about your privacy.

Last month, news broke that a firm known as Cambridge Analytica collected private data from over 50 million Facebook users. The British company supposedly used this information in 2016 to influence voter behavior during the US presidential election and UK’s Brexit campaign.

How did they harvest the data?
In 2015, a Facebook personality quiz app called “This is Your Digital Life” was created by Cambridge psychology professor Aleksandr Kogan. Around 270,000 Facebook users signed up and gave information about themselves in exchange for humorous results.

What users didn’t know was that Kogan’s firm, Global Science Research, struck a deal with Cambridge Analytica to share the information that was gathered. Aside from collecting information about the Facebook users, the app also mined some data about the users’ friends.

Information collected was based on:

What happened to the sourced information?
Cambridge Analytica analyzed the collected data to create psychological profiles and invent better political drives to influence whom people would vote for. Although there is still a huge debate about how effective this plans were, there’s no doubt that tens of thousands of users were manipulated into signing away their data without knowing it.

What can I do to keep my information safe?
Remove third-party apps that use your Facebook account. Visit your “Settings” menu and go to “Apps”. You should see the list of all the services that are using information about your Facebook profile. Check on each app, and if you don’t need it or use it anymore, delete it to revoke its access.

If you need more information on how to keep your data secure, feel free to give us a call today!

Published with permission from TechAdvisory.org. Source.
80

OneNote removed from Office 2019 and Office 365